WHO OWNS OUR THOUGHTS?

Can we claim complete ownership of our thoughts? Or are our ideas, opinions and, consequently, our actions as consumers, citizens, human beings influenced or even worse, manipulated by external stimuli?

Recent developments and experiments in neuroscience are opening up the debate on a hot topic that is sure to excite some, and scare others, because of its ethical implications. Marketers especially are galvanized by recent neuromarketing studies claiming that not only can the brain’s thoughts be predicted but that, potentially, consumer behavior and decision making may be manipulated as well.

An interesting development in neuroscience is the topic of how people are drawn to products, brands and certain personalities, such as political candidates. Studies have shown that a collective experience has the potential to affect how the brain behaves - for all people involved - pointing to the idea that there are areas in the brain that can synchronize with the people around you. A simple use of this finding could be the testing of how the brain reacts to political or commercial messages shown in a video to a captive audience. EEG (Electroencephalography) readers can record brain activity during an experience, like watching a movie or talking to someone, and they can reveal useful information about what is going on in thought processes by tracking brainwaves. Emotiv (Lev-Ram, 2015), a Disney-owned start-up, is making use of these current developments by allowing users to control and interact with virtual worlds or video games using one’s thoughts thanks to a headset that the company calls ‘the connector of the consumer to the brain’. 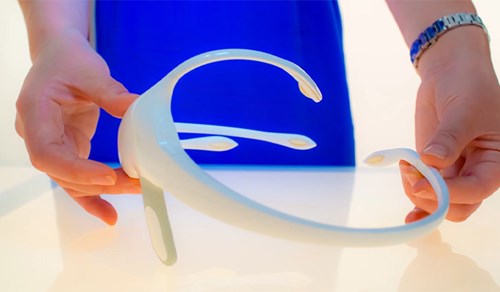 Moran Cerf - a French-Israeli ex-hacker turned neuroscientist and professor at Kellogg School of Management in the States - conducted experiments during the Clinton-Trump presidential election in which groups of women and men where shown videos of the two candidates. Whenever something offensive was said, women reacted in the same way regardless of their political beliefs. This research technique could be used to develop better market segmentation and tune messages to specific groups of people. Neuroscientists at INSEAD, for example, discovered that some people are more influenced than other by marketing messages and that this finding can be seen in differences in their brains (Plassmann, 2017).

That and other experiments have also confirmed that there are things that have more influence on us than we think. Emotions such as fear, lust, disgust, etc. strike us, yes, but we think we can dominate them. However, it has been shown that specific messages can be inculcated into our head in those critical moments when the brain needs a break, in other words, when the brain lowers its guard and becomes more vulnerable, for instance, during deep sleep. If someone tries to install a certain idea or opinion in the brain during a ‘weak’ moment, like when someone is asleep, that person will wake up thinking that it is their idea, and they will go to great lengths to argue and defend it. 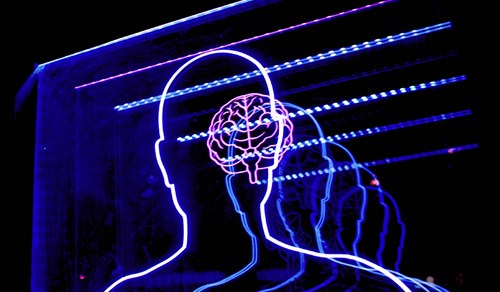 Several years ago, researchers at Israel’s Weizmann Institute of Science conducted an interesting experiment with a group of smokers (Costandi, 2014). The researchers attached electrodes to participants’ scalps to monitor their brainwaves during the different stages of their sleep cycle. The participants were repeatedly exposed to the smell of cigarette smoke closely followed by the smell of either rotten eggs or rotten fish. This led to a reduction in smoking for several days. But the most interesting part was when participants were asked why they didn’t want to smoke. They would argue against smoking and, the more they argued, new connections were formed in their brain that reinforced that conviction. More recently, similar experiments have demonstrated that it is possible to influence preference for certain products or promote certain behaviors.

Brain activity is influenced by brain hormones called neuromodulators such as testosterone, cortisol, and oxytocin, as well as neurotransmitters that work as chemical messengers allowing brain cells to communicate with one another. It wouldn’t be too far-fetched to suppose, then, that what we think and how we behave could also be influenced by altering neuromodulators. Evidence has shown that administering testosterone increases people’s preference for luxury brands, implying that testosterone makes people more sensitive to status (Plassmann, 2018). This is definitely an area that many luxury brands may want to explore by diffused fragrances in their retail environments containing natural testosterone boosters such as rose, lavender, sandalwood or geranium.

Another set of experiments on brain activity involve using TMS (Transcranial Magnetic Stimulation) machines that use magnetic fields to either stimulate or depress nerve cells in the brain with the effect of switching off certain areas, similar to what happens after a brain injury. The experiments have proven that someone’s conforming social behavior can be altered by repressing activity in the posterior medial prefrontal cortex or that their responses to fear and disgust can be suppressed or amplified. So, for example, someone who might be disgusted at the idea of eating insects may, in fact, ‘change their mind’ or someone who suffers from fear of flying might suddenly be more inclined towards taking planes. 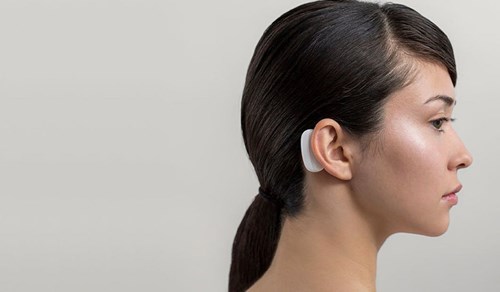 There are also more invasive techniques that can lead to somewhat radical results. One example consists in a surgical operation with the aim of connecting the brain to a computer by implanting electrodes that will study behaviors, emotions, fears and dreams. The technique looks at neurons responsible for decoding specific thoughts, and then maps them so that if the patient thinks about, say, New York, the computer will display an image of the city. Even more incredible, this technique allows thoughts to be recorded and implanted into a computer, or into another person’s brain. This is not science-fiction but a reality that is unfolding right before our very eyes: a mouse’s brain was implanted with the memory of another mouse that had worked its way out of a maze and the mouse with the implant was able to find the exit without ever having been inside the labyrinth before.

The idea of a memory transplant might seem like out ‘of this world’ but experts are saying that we may only be 5 years away from the idea of a ‘brain chip’ that could give people ‘superintelligence’. Elon Musk is investing big bucks in this technology and it caused a stir earlier in the year when he announced that his company, aptly named Neuralink, could one day help quadriplegics control smartphones, and perhaps even endow users with a sort of telepathy. Like existing brain-machine interfaces, it would collect electrical signals sent out by the brain and interpret them as actions (Metz, 2019). However, trials on humans have not started yet as Musk has not obtained permission by the US Food and Drug Administration for such a study. Indeed, the idea of a human connected to a machine and being controlled by it can raise a few eyebrows and it is going to encounter quite a few obstacles moving forward. Neuroscientists are warning that brain scans, brain implants and related technologies could have terrifying side effects including an ‘altered sense of identity’ and could affect some core human characteristics: ‘private mental life, individual agency and an understanding of individuals as entities bound by their bodies’ (Waugh, 2019). 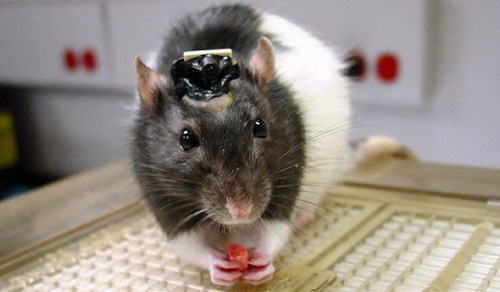 More subtle brain manipulation is already happening by the mere fact that we all use the internet. Do we really know what goes on within the neuroscience labs at big technology corporations such as Amazon, Facebook, or Google? What we definitely know is that some of these companies are running experiments with our data without our consent. In 2012, Facebook manipulated nearly 700,000 users’ mood states by altering their newsfeeds without informing them. In 2018, oblivious to the past, Facebook was involved in another major data breach with the infamous Cambridge Analytica scandal when Donald Trump’s election team and the winning Brexit campaign harvested millions of Facebook profiles of US voters and used them to write a vicious algorithm. This manipulation was meant to predict and influence choices at the ballot with the ultimate goal of creating more divisions and increasing polarization within society. Which is exactly what happened.

The risk of being mind- or brain-manipulated these days is evidently higher than before.  Despite ethical and moral concerns, several companies in Silicon Valley are continuing to work to decipher the black box that is the consumer mind. Many marketing departments are also starting to work with neuroscientists to understand when people are more prone to buying or when they are more influenced by a commercial message.

Neuroscience can also be a very useful tool when thinking about flexible and adaptable offers in real time that allow people to explore unimaginable aspects of their personality, taking the desire to live fascinating experiences to a new level. Films whose stories interact with our thoughts, clothes designed based on our memories, perfumes created to stimulate our lucidity, therapies that improve our cognitive performance. Everything and anything will be possible.

An important part of brands’ strategies will be to consider the emerging fears that these techniques and technologies can generate in people - such as the supposed loss of mental privacy, for example - and to assuage those worries by highlighting  the benefits that products, services and experiences could have when they are designed to interact intelligently with consumers’ minds.