THE ERA OF RADICAL PERSONALIZATION 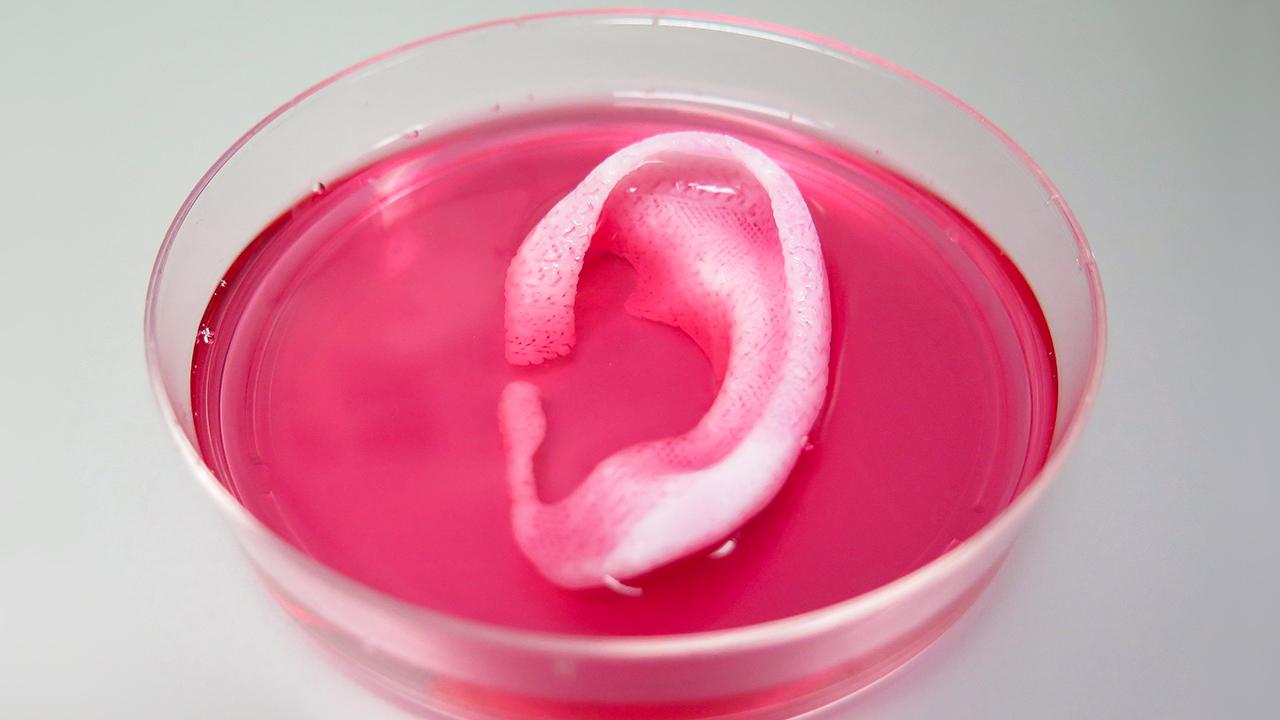 The value of differentiation is one of the fundamental cultural values ​​that has emerged and solidified in the 21st century. If, until the 90's, the desire to resemble others through consumption was a valid mechanism to achieve social acceptance – nowadays, the expression of individualism through differences is the key to achieve that same legitimacy. Let's consider just one scenario: if 20 years ago we were going to a party and we were to find another person wearing the same shirt as the one we were wearing, that was a symbol that we belonged, we were equal and we were around an iconic brand. If the same situation happened today, it would be a tragedy because it would reveal that our universe is not as special as we pretend it to be.

The desire to build a unique identity and manifest it through all the social channels and virtual media - with social networks at the top - began to become evident in the first decade of the 2000s. Much has been done since the workstations proposed by PUMA to aesthetically customize sneakers by selecting colors, materials and prints - an incipient aesthetic manifestation of identity - to the recent research carried out by PUMA and MIT to develop the new generation of sports shoes made with microorganisms capable of generating a real-time adaptation between a person and the environment, thus improving their performance. The era of radical personalization is driven here by the introduction of cognitive technologies, the fusion of design with biology, the expansion of intelligent information systems and the emergence of Industry 4.0. Today, we can see the diversification of public demand and the emergence of a paradigm to devise, produce and communicate the offer of products, services and experiences. 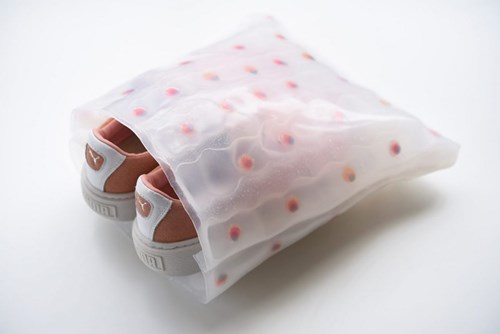 A sea of ​​data to configure flexible experiences

Radical personalization is driven by the advancement of technologies such as Artificial Intelligence and Big Data that allow us to collect, process and relate structured and non-structured information from several heterogeneous sources to configure personal profiles instantly. The data, and the way to organize it, has become a key resource against the diversification of audiences that build their identities in a hybrid and dynamic way and demand personalized offers. The new Starbucks app uses Big Data, Analytics and Artificial Intelligence to analyze the purchasing habits of its users, their coffee preferences, the time of day they usually consume it, the weather of the day, and even the daily routes so when people visit a "new" Starbucks location, that store's point-of-sale system is able to identify the customer through their smartphone and give the barista their preferred order.

An example of how new data technologies combined with Artificial Intelligence could act to radically customize the offer in real time is the new autonomous car concept. This concept created by Honda - called Neuv - equipped with an "emotional engine" capable of detecting the state of mind of the user - through facial sensors and cognitive technologies - to propose a personalized trip in order to balance their emotions. Also relevant is the introduction of facial recognition devices in luxury stores. For example, Saks Fifth Avenue, in Toronto, has the objective of providing a hyper-personalized service to the client because, with scanning of the face, the identity of the person can be accessed along with all of their history with the brand. By the same token, Amazon announced that all of its Amazon Go stores will also be equipped with facial recognition.

In terms of communication, the new era of personalization will be led by virtual assistants that will allow brands to generate a close link with users. By 2027, the VPA (Virtual Personal Assistant) will incorporate new functionalities as well as unprecedented social interaction capabilities, resulting in a step higher than the applications that we currently know. Virtual assistants such as Siri (Apple), Cortana (Microsoft), Alexa (Amazon), Assistant (Google) and Viv (Samsung) will be some of the main tools with which brands will seek to establish a close and in-depth relationship with consumers bystarting to understand their identity and particular interests. The case of Viv, from Samsung, represents a qualitative leap in this type of strategy since it is based on a so-called AI "global brain” that allows it to interact, learn, and write its own code to carry out new tasks. Giving meaning and quality to the experience of people with virtual assistants and chatbots is a great challenge - this is why some of the professions in high demand in Silicon Valley are screenwriters and poets.

Human nature as a design engine

The introduction of technologies that allow decoding and interaction with the deepest nature of the human being opens the possibility to design products, services and experiences that are 100% adapted to people’s tastes and desires, even those they themselves are unaware of.

DNA editing technology introduces the idea of ​​a non-linear biology, that is, the possibility that ‘jumps’ may occur in the nature of people as a result of the alteration of their genes. This would also provide, in principle, solutions to different diseases through a genetic treatment -such as the CRISPR, Chimera,  and Salk Institute projects- and, beyond that, the hypothetical alteration of the DNA with other purposes, with  a “designer baby” a dystopia maybe unlikely but always latent. Growing familiarity with this human component is driven by experiences such as the DNA app Store Hélix, a company that sequences the DNA of any person for US $ 80 and downloads all the information in an app so that the user can digitally explore their genetic code and make different medical and consumer decisions. The obsession with DNA has opened the scene to a series of interesting cases such as Travel Unwrapped, a company that designs personalized trips based on the DNA analysis of the interested party in order to generate experiences deeply linked to their origins. Similarly, Vinome, is a winery that selects the best wine for a person based on their profile of tastes and flavors that emerge from an analysis of their DNA. The radical personalization of products and services will find a fundamental component in biotechnology. 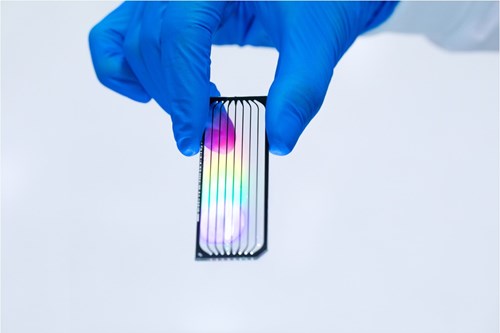 On the other hand, Artificial Intelligence proposes to replicate the cognitive abilities of human beings in machines so that, later on, they willbe the ones that can generate artificial thinking processes to make "intelligent" decisions without the intervention of people. One of the main uses that the development of Neurotechnology projects could have is the possibility of creating devices capable of reading the users’ brainwaves to detect emotions and thoughts in order to control robots and computers with the mind. This is the path undertaken by projects such as Neuralink (Tesla), Epoc + and Building 8 (Facebook).

The new technological developments will further enhance the possibility of devising radically innovative experiences by merging, for example, narrative and data. Improvements in the sensors - with greater ability to detect in detail not only faces, but also almost imperceptible gestures - make emotions a fundamental insight for the personalization of the offer. Facial recognition combined with artificial intelligence will allow all kinds of experiences to be adapted to users, turning emotions into drivers of experiences: driving a car (Neuv Concept by Honda), flying on a plane (Microsoft Hololens inflight Air New Zealand), watching a movie (Disney). Affectiva, the company specialized in emotional artificial intelligence, raises the concept of "reactive narratives" for storytelling, that is, dynamic stories that react to our emotions in real time through the use of facial recognition. The Disney company is testing this alternative for its future films. According to studies conducted by the company, after the initial responses of a person in the first 10 minutes of a movie, one can already predict the rest of their reactions to it, which could give a guide on how to adapt the story in time real to satisfy the viewer.

Industry 4.0 will be characterized by distributed, modular, flexible, robotic, hyperconnected manufacturing systems capable of manufacturing short series through simple digital reconfigurations. This new panorama will expand customizable offers designed based on people’s information, through the analysis of data as well as the exploration of their human nature. This new industrial paradigm enhances the creative side of people who could directly intervene in the design of their objects. Knit for you, the Adidas pop-up shop in Berlin, is equipped with several creative stations where the customer can design fully customized knit sweaters with the help of projections, Kinect motion sensors and body scanners. The garment is digitally designed based on the user's preferences, woven in merino wool, finished by hand, washed, dried and provided with labels in less than 4 hours. This experience is complementary to the Speedfactory project - a 100% robotized shoe production system - also developed by Adidas on its way to digital transformation. In the future, we will see the development of unpublished interfaces that provide creative and technical assistance to people to eliminate intermediaries and generate their own products in short terms.

In the new distributed manufacturing system, the final product is manufactured close to the customer, so the raw material and manufacturing methods are decentralized and the supply chain is replaced as much as possible by digital information. The furniture company AtFAB uses virtual plans to distribute the CNC (Computer Numerical Control) digital cuts of the objects between local suppliers, then a workshop or even the client can assemble the parts to obtain the final product. However, these systems can also be combined with the creativity of users who can design products with software provided by the company that are then materialized by distributed manufacturing under the management of the same organization. In other cases, companies provide not only the software, but also the technologies to materialize furniture designs in the home, such as the ¨Grow Portable CNC¨ developed by Michael Warren.

Extreme personalization will also be enhanced by Additive Manufacturing (3D). For example, the company Invisalign uses digital images of customers’ teeth to create almost invisible orthodontic appliances completely adapted to their mouths. Going further, 3D bio-printing is another field of important advances. This is the case of Organovo that produces layers of printed cells and living tissues that can be used to create organs for transplants, representing an enormous potential in the future of personalized medicine.

Far from proposing closed experiences, the challenge for companies will be to propose open source products and services, that offer a final configuration in terms of functional, identity and emotional benefits as the result of a dynamic interaction with people. The era of radical personalization is an excellent opportunity to innovate within all the components of a brand's Value Sphere.