THE CRISIS OF ON-DEMAND FREEDOM

Dataism, defined as a quasi-religion that places its faith in the usefulness and use of data, dominates the world of business and marketing today. It is fed by technological advances that allow for the tracing of people’s detailed digital trails so that, with the help of Artificial Intelligence, human action can be predicted. The most recent technologies for the collection of biological and neurological data can trace, in detail, people’s body, mind and emotions to provide a new generation of data to make even more complex analyses. Given this reality, the question is whether algorithms can predict not only the habits one has already acquired but also the rebel element of the human condition that craves for the freedom to choose. In the coming years, the tension between human experience and dataistic behavior will become increasingly evident.

Will algorithms get to know us better than we know ourselves? The digital trail that builds our data behavior (= dataist) feeds on the information gathered by websites visited, emails, registrations to online services, articles read, liked publications, product purchases, travel records, scheduled events, comments made, among other things. The algorithms are based on this data from past and present to identify tastes, habits and relationships and they are thus able to predict how a person will act in the future. Technological interpretation will mediate the possibility of choice. However, are we just what we do through our smartphone or on the internet? Or is there something more? And even more important: Do human beings execute and reproduce the same habits throughout their lives or are there times when they change them? The idea of ​​people's freedom to choose is at the center of this issue. 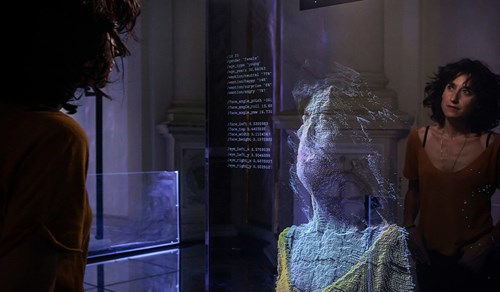 In recent years, companies have focused on understanding consumers, by deeply getting to know their wishes, fears and demands in order to respond with diversified offerings that match their particular requirements. After decades of homogenization, the market recognized that diversity was actually good business, and that people felt more satisfied when they could choose the things that allowed them to express their personality, while at the same time, building and creating it. Feedback between individuals and the market became a source of new ideas. Customization became an added value in the logic of mass consumption.

Now we are witnessing a new phase: extreme customization. Technologies such as big data, machine learning and Artificial Intelligence together with industry 4.0 allow product and services offerings to adapt dynamically and instantly to the whims of users. Data science, with its predictive systems, makes it so that the menu of products, services and experiences are the closest they can be to people's interests. People do not want to waste their time seeing useless options, they want to directly access what they already know they will like. Algorithms become good friends in times when anxiety reigns. Soundtrack Your Ride, by Spotify, is a playlist generator, partially human and partially managed by Artificial Intelligence, that adapts to the duration of a road trip. The program asks questions about the trip, analyzes the destinations and uses information about the user's musical habits to create a playlist that responds to the driver's tastes.

Freedom has to do with the power to choose. This has been perfectly understood by the on-demand economy. In the market, the perception of freedom is increasingly associated with the possibility of subjectively choosing among an infinite amount of options of products, services and experiences. We have access without mediators, and are aided by easily accessible technological tools, 24 hours a day, every day of the year. The feeling of freedom increases when we choose and consume only what we like and we eliminate effortlessly what we dislike. The ability to delete what is different, unforeseen and uncertain is a necessary condition for experiencing a comfortable customer journey without any negative feelings.

The habit of accessing, adapting and consuming when, how much and how has the effect of making us believe that everything can be eligible and controllable according to our time table and mood. An example of this is the Museum of Me, which uses Artificial Intelligence to create a 360 degree multimedia experience based on the visitor's Instagram account. This possibility of configuring choices 100% adapted to identity and emotional requirements, exacerbates the desire to intersect only with what satisfies us instantly and avoids confronting us with the truly diverse things that might question our own lives. The level of tolerance for dissenting opinions is at its lowest levels.

In the market this may not be problematic, except when we start wanting social relations to be "on demand" too. Those things that do not adapt quickly, are discarded with the same speed. If we don't like something in our links then ‘we block’, ‘we suppress’, ‘un-match’, ‘we stop following’ or we do ‘ghosting’. The decreasing ability to develop empathy in a social context is directly linked to a lack of understanding of what is different and, therefore, we avoid it.

The desire to want to encode the environment to ensure instant hedonism means that preferences management is reaching unimaginable limits. The idea of ​​"positive discrimination" therefore gains ground. Thanks to technology we can filter many things: people, products, opinions, artistic expressions, tours, conversations, stories, etc. The exercise of “on-demand” freedom allows for the creation of a more pleasant fiction than reality. This critical diagnosis inspired Tania Bruguera to create her Forced Empathy work at Tate Modern, which required a group of people to lie on the floor, all at the same time, in order to prompt the apparition of a hidden image – a portrait of Yousef, a young Syrian who emigrated to London - with the collective body heat. 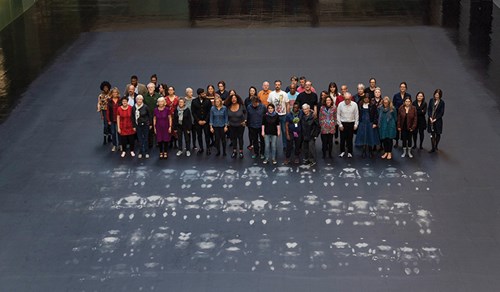 Moreover, relationships are transformed under this new social paradigm. The ability to choose has reached the point where we can currently use technology to stop connecting digitally with someone with whom we have a conflict, or to not have to be present in time and space in order to hold a conversation. We can multiply our communicative possibilities while at the same time adapting the interaction 100% to our needs and mood. Consider, for example, how we use WhatsApp and other chats. But the "personalization" of freedom has its counterpart. A growing sense of isolation is the consequence of the enthronement of individualism in managing social relations: in essence we are alone in front of a smartphone.

The question arises then, what risks do these prefabricated options imply? First of all, since the algorithms are based on present or past information, the options infinitely reproduce the tastes and habits that are already acquired, and discourage the possibility of change. And since we are in the middle of a complete transition of consumption paradigms - from one based on excess and destruction of the environment to another that is more conscious and sustainable - the ability to change the logic behind the choices we make of what and how to buy becomes essential.

The second risk is the manipulation of desires and habits: algorithms are built by humans and based on human data, so they may have a built-in bias. Amazon's Alexa was criticized for reproducing gender biases because of its female voice, and the Apple Card is being investigated for discriminating against women on its credit limit because of its algorithm.

In this scenario, how free do people feel? Some studies argue that well-being and happiness depend, among other factors, on the possibility of choosing the type of life you want to live. However, and according to the World Happiness Report 2019 negative feelings (worry, sadness and anger) have increased worldwide by 27% between 2010 and 2018. The study also found an increase in the inequality gap of happiness, which is the psychological parallel to income inequality, that is, how much individuals in a society differ in how satisfied they are with life (United Nations Sustainable Development Solutions Network, 2019). 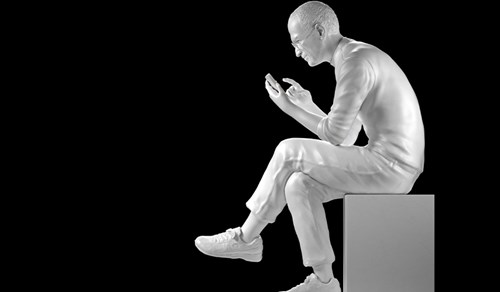 The illusion of freedom granted by the market in accessing infinite (although previously filtered) consumer options clashes with a deeper feeling: the enormous difficulty of being able to choose when it comes to more relevant aspects of life, where more complex economic, social and cultural constraints come into play.

In the coming years we will observe a growing feeling of dissatisfaction with regard to the degree of freedom and the conditions of the choices that are made in the market and in society. From this, three social behaviors will emerge:

a. Increased awareness that extreme personalization excludes the possibility of finding new and different options as well as learning from what is different, in order to reinvent one's identity. What can brands do? Encourage the adoption of an exploratory mentality that allows people to enjoy discovering the unknown and to escape the tedium of routines.

b. The growing desire to reconnect socially through various sensory experiences, collective formats and inclusive scenarios. What can brands do? Design strategies that facilitate the development of emotional and sincere ties with others through products and services.

c. The desire to search for deeper meanings, allowing the management of frustration, finding greater happiness and losing the fear of undertaking future change. What can brands do? Offer transformative moments that make it easier for people to rethink their relationship with consumption and to make conscious decisions.

In the future the success of strategies, even the most technological ones, will be related to helping people know themselves better and helping them make more honest choices, strengthening their critical thinking and their ability to build social bonds.