FASHION IN A POLITICALLY POLARIZED WORLD 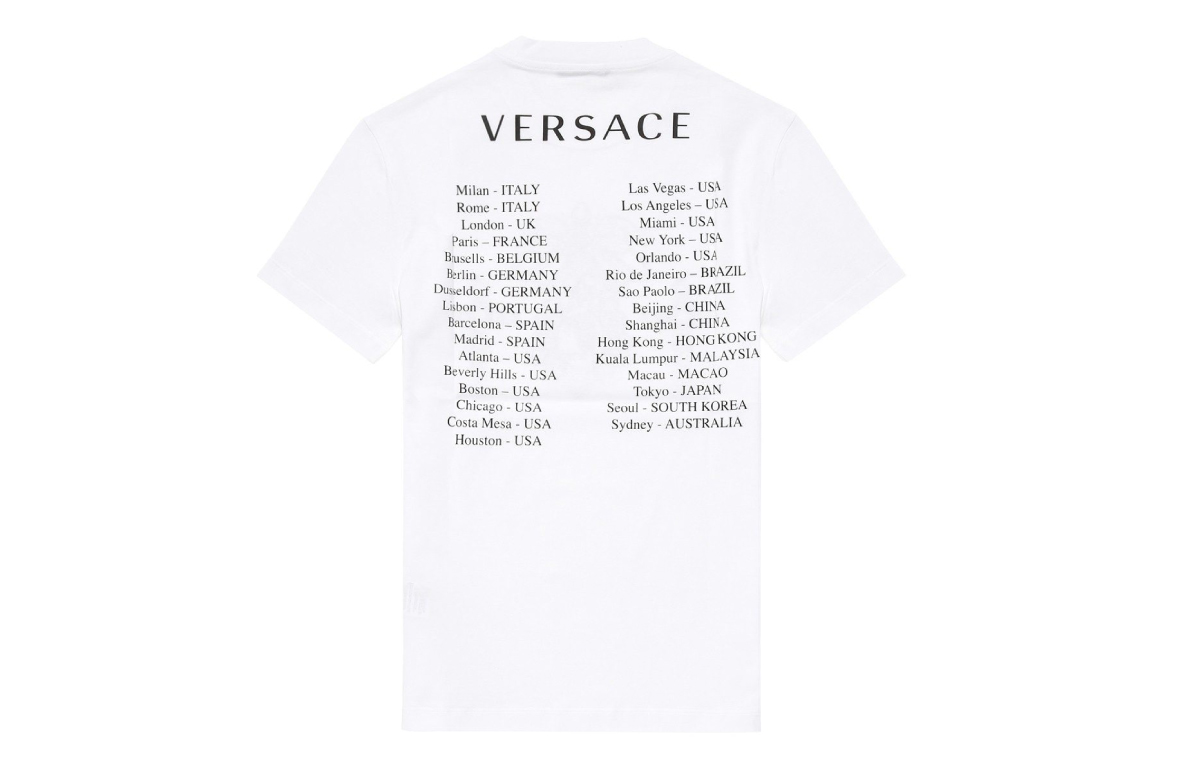 For fashion brands it’s increasingly evident that political factors have a great influence on strategy, communication and creativity. Micro-activism on diverse social, cultural and political causes is currently a part of people's daily lives. Growing consumer demand for brands to clearly identify their values ​​and take a stand on critical issues makes it more complicated to stay neutral. In mid-2019 Gucci created a new directive calling for “diversity, equity and inclusion” after a scandal broke out because of a sweater that evoked the symbolism of Blackface, which triggered a violent reaction in social networks, accusing the brand of being racist. Chanel, Burberry and Prada had already been involved in similar scandals in the previous months. By action or omission brands, therefore, acquire a political role in a context of extreme polarization.

Brands pay a high cost for calculation errors that don’t take into account the fact that in today’s day and age, everything is political. In August 2019, the Versace fashion house plunged into Hong Kong's hot political scene, dominated by protests against the bill to enable extradition of criminals to China — a stance that was seen by critics as a threat to the democracy of the 'special administrative region' dependent on the Chinese state. In a shirt that listed countries with their capitals, Versace listed “Hong Kong - Hong Kong” and “Macao - Macao”, as independent countries, which suggested the support ofthe protests and provoked the anger of Chinese nationalists on social networks, as well as rage from the Chinese government. Finally, the brand took the shirts out of circulation and destroyed them. This is just an example of a series of unforeseen faux pas that several companies have committed upon entering the Asian political arena. Brands such as Coach, Asics, Calvin Klein, Givenchy and Swarovski all felt compelled to apologize for insinuating, through various marketing or product design strategies, that Taiwan and Hong Kong were independent states of China.

In an increasingly polarized world it’s essential to take into account the political pulse of the various markets and societies. Moreover, it’s increasingly necessary for brands to incorporate experts on political issues who can carefully observe and analyse the design of the collections, and comment on the symbology that is used to avoid similar errors. 2019 presents multiple examples of fashion brands’ negligence. Nike was forced to withdraw its Air Max 1 Quick Strike shoes model which depicted, on the back, an old US flag - the Betsy Ross flag -the one preferred by neo-Nazi groups in the mid-twentieth century. Adidas tried to celebrate African American History Month with white sneakers, inspired by the Harlem Renaissance movement, which were strongly criticized for having almost no connection to African-American culture, except for the initials CBC ("Celebrating Black Culture") on the inside of the shoe. 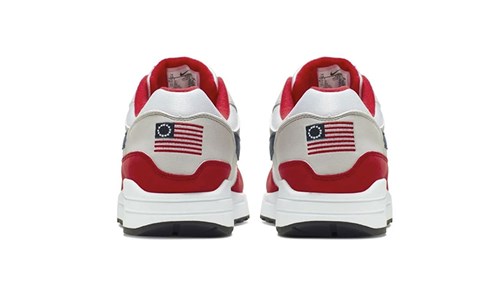 Most of the mistakes made by brands are due to a good dose of ignorance about social and cultural issues, typical of a biased, white and western perspective. Superficial readings, in search of ‘inspiration’ for collections, are not longer relevant in a world dominated by the value of diversity and the struggle for respect towards minorities. In June 2019, the Ministry of Culture of Mexico demanded that Carolina Herrera provide an explanation for the use of native peoples’ designs, accusing the brand of cultural appropriation. In the same month, the Japanese public broke out in fury when Kim Kardashian unveiled her new line of ultra-tight lingerie called "Kimono" (the trademark registration in the United States belongs to her). The negative reactions, with formal complaints, from Japanese officials included, for the appropriation of a keyword from the culture of Japan, caused the businesswoman to change the name two months later to Skims. For the same reason, the fashion house Dior had to withdraw, within hours of its launch, an advertisement for its “Sauvage” perfume that featured Johnny Depp emulating a “wild” Native American arousing negative comments from indigenous rights associations accusing the firm of having a colonialist and Eurocentric view. 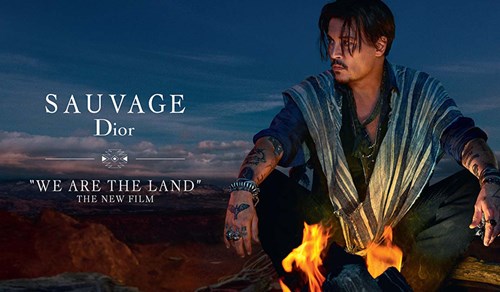 Taking a more political perspective would definitely help brands think more deeply about their marketing campaign messages (direct and indirect), ensuring that they convey exactly what they want, and nothing more. In August 2019, Steve Ross, the Hudson Yards investor, launched a fundraising campaign for Donald Trump. This prompted brands such as Prabal Gurung and Rag & Bone to quickly cancel the parades they planned to do during NYFW at the Shed, the artistic venue at Hudson Yards, to avoid any link with Ross' action.

It’s clear that fashion is deeply affected by the political context, although in the interconnected and opaque world that we live in, it is still difficult to define, in hard data especially, the exact scope of this relationship. The technology firm Cambridge Analytica used data from personal tastes about fashion, to build models of algorithms that were able to identify aesthetics (stereotypes) and brands with political ideologies. During the 2016 U.S. presidential campaign, the firm, sent pro-Trump messages to those people who showed interest, on social networks, for brands such as Hollister, Lee Jeans, L.L. Bean and Wrangler. These types of political affiliation associations can also occur unintentionally, which can create a potentially confusing scenario for the public, especially since they can be easily amplified if there is no clear expression of principles by the brand in question.

However, fashion brands should not fear politics, as it can offer a great opportunity to achieve loyalty within consumer segments, by affirming common values. Teen Vogue magazine has incorporated a ‘Politics’ section on its website - which shares the same relevance as ‘Style’, ‘Culture’ and ‘Identity’ - to address progressive issues that are currently of interest to teenagers. In November 2018, many brands including Levi´s, Everlane, Refinery29, Opening Ceremony, Rebecca Minkoff, Rent the Runway and Patagonia, urged voting in the midterm U.S. elections through messages on their social networks. 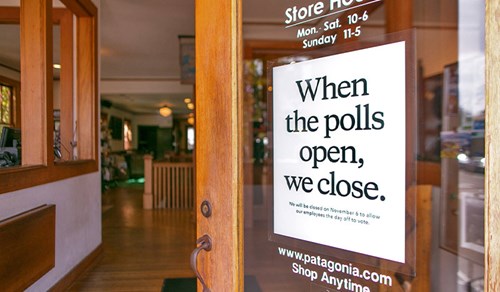 Assuming a political role - although not necessarily partisan - implies dealing with the risk of touching on issues that maygenerate radical reactions by the public. It’s therefore essential to have the tools to positively manage potential conflicts. The cases of Nike’s stance against the immigration policy of Donald Trump, or Patagonia, urging politicians to fight climate change, are clear examples of brands taking political positions that have reinforced their brand identities. Considering that Nike is the best valued fashion brand globally (2019) and Patagonia has quadrupled its profits in the last 10 years, it’s safe to say that the strategy of taking a political stand, if done thoughtfully, can be very beneficial for fashion businesses.

For less daring brands, the key is to develop a more comprehensive perspective on global cultural, social and political issues. In this way, brands can more easily and successfully design products, services and experiences that celebrate creativity in a framework of respect for diversity.