Technological advances redefine the limits of what is possible, expand them, and violate them. The definition of what it means to be a human being, in this day and age, is at the center of this reflection. A new philosophical and ethical age is starting, with regard to essence and originality, that will change both society and the market. Technologies such as Artificial Intelligence (AI), Emotional Engineering, Big Data, Machine Learning, among others, will transverse the human condition and give rise to a new Renaissance.

Take as an example the image advanced by Uniqlo of its new warehouse in Tokyo, populated by robots and almost without any human presence - 90% of the work force has been replaced by intelligent machines. This is a foretaste of what awaits us in 2030: one third of the labor force will be automated. Human beings could easily become irrelevant in multiple professional fields. 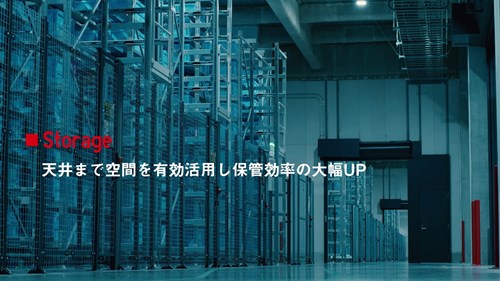 In the next ten years, then, it will be increasingly important to question our very essence, in other words, to analyze what characteristics distinguish us and which are those that we want to transfer to technology and that will allow us to redefine ourselves and perpetuate aspects of our personality. It is from this point of view, then, that we can think about which products, services and experiences will lend themselves to these new value scales.

HAL®, developed by Gaumard, is a hyper-real child robot that was created to help pediatricians with their training.  The robot generates facial expressions, “real” emotions (pain, anxiety, amazement, sadness), movements and answers questions. Physically the robot is equipped with interactive eyes, a high fidelity heart, lung and intestinal sounds, bleeding fingers and pulse.

Automation and robotization also open other possibilities. Campaigns and experiences created digitally, without the input of human beings, elicit ethical discussions and considerations. To what extent is it possible for avatars and robots to take on human qualities? It will be necessary to analyze then what criteria and what competencies will be required to carry out successful models in this context. Robotization, in some cases, has become so good at imitating human interaction, that the state of California (in the USA) approved in October 2018 the SB 1001 law, which establishes that users must know at any time if they are communicating online with a bot or a human to avoid confusion and manipulation.

This mimicry allows us to imagine a reordering of work in almost all sectors. Let’s take the fashion industry as an example. To kickoff their 2018 winter campaign, the Balmain house featured Margot, Shudu and Zhi, their "army" of virtual supermodels developed in collaboration with Cameron-James Wilson, creator of digital avatars. While the mannequins business could suffer because of the decrease in demand, creatives capable of generating hyperrealistic clothes and accessories in 3D would see an increase in demand for their work. This is the case of the CLO Virtual Fashion agency, who worked for the Balmain campaign.

Artificial Intelligence offers an expanded existence. Beyond the precise choices we make in the real world, we can also define ourselves digitally. AI gives us the capability of determining and conditioning the projectionsof ourselves to our own tastes and desires and even to the tastes and desires of others. Relationships can multiply through applications and devices. Characteristics and even physical featuresthat allow different and unlimited interactions, without the necessity of one’s physical presence, can be broadcast, transferred and communicated.

Google presented Duplex, an Artificial Intelligence system that allows users to automatically reproduce the human voice to carry out natural conversations and thus perform "real world" tasks such as scheduling certain types of appointments, by telephone.

Researchers at the University of California are developing software with machine learning and AI, capable of detecting and decoding the movements of a person in a video to transfer it to another individual in the virtual sphere. For its part, the Deep Fake application allows one to transfer faces from one person to another to simulate, in images, actions that were never performed. These kinds of technologies, used in a more sophisticated way, allow the creation of different faces from just one original source. For example in the series Westworld, the actor Anthony Hopkins was personified 40 years younger from a fusion between his current features and photographs of his youth.

The fusion between human beings and machines eliminates personal limits. With the aim of promoting inclusion in the classroom, Norwegian designers presented AV1 with a telepresence robot that allows children with long-term illnesses to feel included in school, educational and social life. 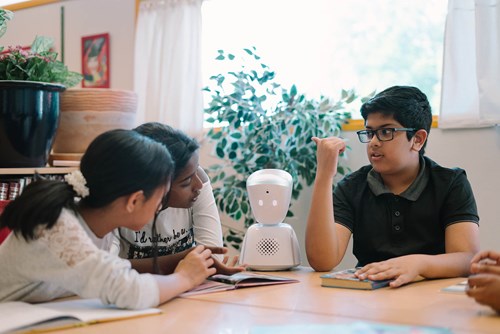 These new possibilities distort our conception of authenticity, of manipulation and allow room for progress, in the form of novel experiences, products and services that will enhance existence and that will aim to nurture the relationship between data and human design, between technology and emotion.

Projects like The Next Rembrandt and Neural go even further by fully questioning human presence and affirm the possibility of recreating the creativity of people even after their death. In the first case, an alliance between ING Bank, J. Walter Thompson Amsterdam, Microsoft, Delft University of Technology, The Mauritshuis and Museum Het Rembrandthuis, promoted an in depth investigation of the art works of the Dutch painter Rembrandt to obtain data and creative patterns that would allow an AI to then create an original work of art with the seal of the artist.

A similar program was created by Spotify Brazil to investigate the work and imagination of rapper Sabotage, murdered in 2003. The aim was to create a new track through an artificial neural network trained with original verses written by the artist. The AI ​​created new verses that a “brain trust" composed of the author's friends then checked to make sure they were authentic to the rapper's style.

The most striking thing about both experiences is that the results were original pieces - not mere reproductions - created on the basis of recombinations of standardized patterns.

The finite, as a concept, is therefore in crisis. It does not really exist if we can perpetuate ourselves in devices and experiences. Death need not be literal, but constitutes a new form of transformation, of circularity, of transcendence and perhaps even of redemption. This opens a panorama that allows for true innovation. Choosing how we want to be seen today and remembered tomorrow. Revealing, either by means of an idealized construction or by a full exposition of our truths, who we are.

Transcending death in a digital form will be something that people will request in the future. This is nothing more than an extension of an existing trend: virtuality. Social networks have become the space where one can revisit the history of a person, something that also drives the demise of cemeteries as a place of evocation and remembering (in fact: in 2030, two thirds of Americans will choose cremation over a burial). In a future scenario, products, services and experiences that in principle are finite, will have to be re-thought for eternity. In other words, they will have to provide for some form of continuity, allowing some kind of future interaction with who is no longer there.

Replika, is an application created by Eugenia Kuydachatbot that generates conversations with deceased friends and asks questions that are answered based on thousands of messages and photos collected in a neural network controlled by AI. Eterni.me allows people to keep their "most important thoughts, stories and memories" in a system of Artificial Intelligence that, in the end, could generate interactions with others once their creator has passed away.

The artist Frederik Heyman asked, “How could our loved ones evoke and remember us?” and came up with the concept of a virtual embalming, inspired by the traditional burial ritual of Puerto Rico.  The deceased are put at the center of the scene and all around him/her, that person’s personal universe is recreated - but in this case, that personal universe is converted by Heyman in "Digital installations built from relics of the past." Not only do these installations serve to preserve what once was, but they also recycle the present and try to shape the future. The images, whether based on facts or fiction, tell us how people want to be remembered, a 100% designed evocation.

What follows then is to think and be creative about the way we will live in this augmented eternity, where the stories will become infinite and the personal essence will transcend everything, revealing the indestructible character of each life.

* Article based on the conference given by Laureano Mon in the seminar Circuit of Trends 34 of the National Institute of Industrial Technology, Argentina, in November 2018.